PsyOP can be anything that intentionally makes people think certain thoughts, or feel certain feelings. This form of PsyOP is used by militaries, media think-tanks, marketing corporations and various institutions (like political parties) in order to modify peoples behaviors.

PsyOP can also be unintentional, but it is rare. One example is Anonymous.

Since all data needs to be interpreted before it becomes information, all information flows can be part of tactical PsyOP campaigns. Controlling how words, pictures and movies are interpreted by the viewer is per definition PsyOP. Format nihilism can be seen as the idea to deny that the medium which is used to transmit information does not have any significance, that it does not matter how information is perceived.

PsyOP Tactical color patterns is colors that makes people feel like its "safe, secure and funny" even when it is not. By painting something in Cuddly Cute Baby-Colors (CCBC) the feeling of a threat becomes less dominant. A gadget pained in CCBC downplays the importance of the gadget, with the goal to make it less likely that someone starts investigating.

Wear colored glasses of some kind - yellow shooter's glasses, mirrored sunglasses, anything that changes what PsyOp colours look like in your field of vision. This negates the effects of the PsyOp colour schemes somewhat.

(This section was written as a response to a guy claiming to have been a NATO PsyOP guy. He didnt think this article was accurate.)

PsyOP is not just limited to warfare and PsyOP is not something that is well defined. If you think that the meaning of the word "PsyOP" is to be determined by the military, and the military only, you are probably a victim of PsyOP. We can use all of our words as we wish, nothing is cut in stone. Believing the opposite is to accept an authority of how our words should be interpreted and used. And yes, we could have use the word "sparrow" instead of "PsyOP", but that would be like accepting that the military has ownership of the word. Fuck the military!

To "own a word" is to have power over the minds of people. Owning a word can be accomplished by erecting a huge search engine and always associate the same search phrase with the same result (google commercials), by making university research into a new science or subject, to repeat the same sentences in TV over and over again, or by trademarket the word. Political parties sometimes trademark their words, such as "verklighetens folk" (swedish, "The people of the reality", trademarketed by the Folkpartiet.). 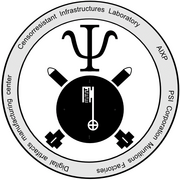 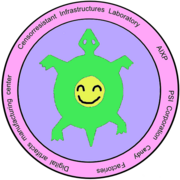 Avoid nazi-military-symbols, favor the cuddly ones instead. Even if they are actually the same.