Request for the deployment of a crypto munitions bureau

The bureau was requested to be deployed by Cameron in a document that was first published by Cameron herself, and then by the Telecomix News Agency.

This is Cameron from Telecomix.

Telecomix Crypto Munitions Bureau works for the benefit of cipherspace. Cipherspace is the state of crypto anarchy. This means that your identity is anonymous as long as you stay protected. There are no identities or authorities in cipherspace, and it is not possible to enforce laws where there is no identity, or where there are no authorities.

Today there are several threats to the inhabitants of the internet. The politicians of oppressive regimes in the east and in the west, in north and south, are imposing surveillance. Surveillance of the entire networks. What people say to each other, what information is transmitted between bots and humans alike.

Telecomix Crypto Munitions Bureau recommends that you use the following software: i2p, for anonymous and secure communications, Gnu Privacy Guard, for direct and verified communication. The onion router, TOR, to access the internets.

It is either the Riemann sphere, the complex plane, as the number of 12 deadly missile strikes in Pakistan in january, of which 10 killing 123 civilians. Two drone strikes killed three al-qaeda leaders.

Telecomix Munitions is a defense bureau.

You can change the future of the internets by joining us in defending the networks and creating cipherspace.

You can help defending yourself and your friends, yes, all inhabitants of the networks.

By learning a few skills you can take control over technology.

Telecomix munitions are currently developing and promoting advanced security devices, which can endure even the harshest forms of government or corporation surveillance.

Your personal computer is an encryption device. Modern hardware can transform plain text to ciphertext with ease. So rapidly you barely notice the difference between unencrypted and encrypted data.

Networks that utilize the power of cryptography already exist. It will not be possible to stop the spread of the fractal cipherspace.

Among the tools that are being researched at the Telecomix Crypto Munitions Bureau is the dropbox. Dropboxes are small computers, easily hidden, that can be moved to secure locations inside the strongholds of the corporations. The dropbox, once hidden, connects to the I2P or TOR network, and can then be used to transmit packets anonymously to any location at the internets.

This is only one example of what you can do to enforce cipherspace. 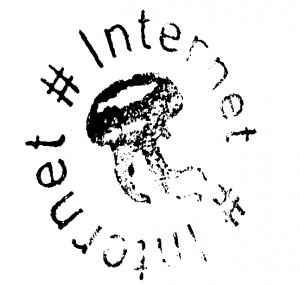