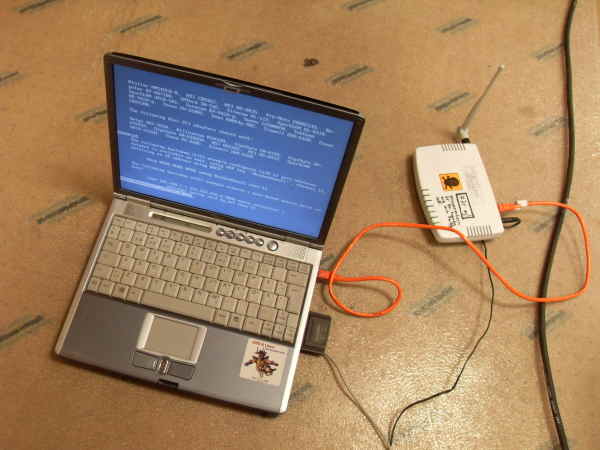 This thing is hidden at a secret location, giving free and uncensored internets to everyone nearby :)

The anonymous base station differs from ordinary svartkast, as it instead helps everyone nearby to access the darknet via wireless. It is a sort of "in-node" for the darknet, and it is not very illegal :)

Use it to create an open and free infrastructure, where no one has to worry about being wiretapped. Fuck with the FRA, IPRED, Data retention laws, and so on.

... you can use TOR + this (it can forward all incoming traffic to the TOR network).